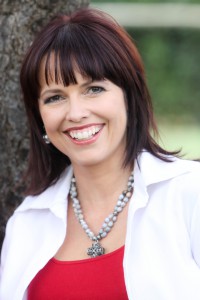 Hettie Brittz graduated as a speech, language and hearing therapist at the University of Pretoria in 1994. She worked in a multi-disciplinary practice alongside a paediatrician, psychologist, occupational therapist and other speech therapists, gaining extensive experience in therapy and parental guidance. She also pioneered an educational upliftment project in Proclamation Hill from 1998 to 2006.

Since 2002 she has presented seminars across the country as well as overseas in churches, schools and corporate surroundings on a variety of topics related to parenting and education. Her books “Kweek Kinders met Karakter” and “Kweek Gesonde Gesag” were published in 2007 and 2008, along with the English version “Growing Kids with Character” and “Growing Kids through Healthy Authority” in 2009

Hettie is the developer of the Evergreen Parenting Course and heads a group of more than 200 facilitators in 4 countries who use the course to help families. She also does temperament research which lead to the development of Tall Trees Profiles, the first set of locally researched and validated personal and leadership profiles for use in schools, companies, churches and families with the aim to strengthen relationships through a better understanding of individuals and their interaction with others. Along with Annatjie van Zyl she trains facilitators to present Tall Trees workshops locally and abroad.

Her third parenting book Kweek Dissipline met Deernis saw the light in August 2012 and deals with all aspects of discipline, at home and in schools.  The online Compassionate Discipline System for schools is based on the information in this book and is an invaluable tool for schools, developed by her business partner, Margaretha Mauer.

Hettie works as the SED advisor and fund gatekeeper for the Business for Empowerment Trust (B4ET) which funds the work and empowers the staff of organizations such as Mohau Child Care Centre (mainly for the care of children orphaned, affected and infected by HIV/AIDS and Thuthuzela, End it SA (an initiative in two cities against human trafficking and sex slavery) as well as empowerment initiatives such as the National Freedom Network, SATCH and Womentality.